One of CAP’s founders, Sally Cooper, as she appeared in a Ms. Magazine article, September, 1987.

The Child Assault Prevention (CAP) Project originated in the late 1970’s, in Columbus, Ohio, as a response to the rape of a young child. Early in 1978, project staff of Women Against Rape (WAR) received a phone call from a teacher whose second grade student had been raped. The students in her class and parents of the school and the entire community were disturbed and frightened. At that time, few people discussed adult rape, let alone a sexual assault against a child. These families wondered how they could protect other children from abuse.

Offering emotional support and empowering prevention information, the staff at WAR responded by developing the original Child Assault Prevention (CAP) curriculum. A year later, funding from a Ms. Foundation Challenge Grant allowed the program to be piloted in schools throughout Columbus. As CAP’s successes caught on beyond the city of Columbus and the state of Ohio, the National Center for Assault Prevention (NCAP) was created as a CAP training center. Sally Cooper, a champion of women’s and children’s rights, became its first Director. Sally, with her dedicated staff, went on to establish CAP in 40 of the 80 counties of Ohio and trained projects throughout the USA and in several other countries, including Canada, Germany, Netherlands, Costa Rica, Grand Bahamas, Israel, and Ireland.

In 1985, Pat Stanislaski, a former educator, introduced CAP to New Jersey. As a result of her tenacity and the support of the Department of Human Services, New Jersey became the first state in the country to adopt CAP as its primary prevention program statewide. The NJ Department of Human Services provided funding for the New Jersey CAP (NJ CAP) project to be administered by the Educational Information & Resource Center (EIRC) located in Sewell, NJ. The EIRC, a public agency specializing in education-related programs and services for parents, schools, communities, and nonprofit organizations was the perfect host for the CAP program. CAP local offices were established in all 21 counties of the state. New Jersey CAP demonstrated how local community based CAP programs supported by statewide government can be tremendously effective. Because of its outstanding record of statewide governmental and community support, the NJ CAP project at EIRC, in 1991 was awarded the copyright of the CAP© program and asked to be the new site of the International CAP Center.

Since then the Center has trained and established projects in many new states and countries. Pat Stanislaski went on to initiating projects in 22 US states and in 8 countries. In 1994, under a George Soros grant, ten Eastern European countries received CAP training and projects were established. Pat retired from CAP in June, 2006 leaving the leadership of NCAP/ICAP to Jeannette Collins and Cheryl Mojta. Both women had been with CAP for over 20 years working closely with Pat, establishing new projects throughout the world. Both Cheryl and Jeannette look forward to strengthening the CAP network and expanding services to communities that need to know that “All Children Deserve to be Safe, Strong and Free”.

Other more current successes in ICAP history include: 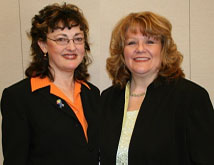 Currently, ICAP has trained facilitators in 22 states and 16 countries and is considered to be one of the most innovative and comprehensive community-based prevention programs available.

The International Center for Assault Prevention, known as ICAP, is a 38 year old international prevention program with its central headquarters located at the Located at Camden County College in Blackwood, New Jersey. ICAP works with local people who desire to advocate and protect children by starting a CAP project in their town.